Rasul Allah (sal Allahu alaihi wa sallam) said: “The person who retreats from the first row of prayer and stands in the second line with the intention that his brother Muslim may suffer no inconvenience, will be granted by Allah reward and blessing twice as much as to the people in the first line.” [Tabarani]

The reward for praying in the first row of a Jamaat is like praying in a row of angels. Some people think that this justifies pushing and squeezing in between people, in other words just being a plain nuisance, to get to pray in the first row. It is as though their common sense of Islam and what Allah (subhana wa ta’ala) is pleased by, is totally missing. This hadith provides evidence that to behave with consideration towards others with not lessen anyone’s reward. Allah (subhana wa ta’ala) promises twice the reward of praying in the first row to the one who prays in the second row, if he does so not to inconvenience others.

May a father force his virgin daughter who attained puberty to marry? Two well-known opinions in this regard are reported from Ahmad:

How many Jumah salat can we pray on a single Friday? Answer, no more than one. However, here is a way that will get you reward of praying more than one Jumah on any given Friday.

Prophet Muhammed (s.a.w) said:
Whoever invites towards (the path of) guidance shall receive a reward equal to the rewards of those who follow him without this decreasing anything from their rewards. (Sahih Muslim)  END_OF_DOCUMENT_TOKEN_TO_BE_REPLACED

Basically, the dress of ladies should cover the whole body except the face and hand (ie. palms and fingers). Hair should not be exposed because Islam considers it as half of the total beauty of women. The Hijab could be of any form and color, a one-piece shawl or “chadar” or a three-piece ensemble, as long a it is not tight fitting and does not attract people’s attention.

END_OF_DOCUMENT_TOKEN_TO_BE_REPLACED 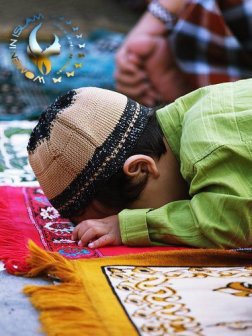 Formulas for praying: the best so what proved the correct year on the Prophet was saying, or recommended by the nation to say.

1. on the shaddad Ibn AWS may Allaah be pleased with him on the Prophet said “master for praying that says: Oh God you are my Lord is no God but you da eiboh abduka I am your custom and your what I charm you from the evil of what your manufactured ابوء you وابوء you with tails she fined you to forgive me, it does not forgive sins except you” he said and spoken of the day convinced by it died the day before they called it paradise and spoken at night and is trusted by Died before becoming is paradise. Narrated by Al-bukhaari (5642). END_OF_DOCUMENT_TOKEN_TO_BE_REPLACED

01. Make Dua to Allah to make your marriage and relationship successful.
All good things are from Allah. Never forget to ask Allah ta’ala for the blessing of having a successful marriage that begins in this Dunya and continues on – by the Mercy of Allah ta’ala – into Jannah

02. Listen and Obey!
Obeying your husband is Fard! Your husband is the Ameer of the household. Give him that right and respect. END_OF_DOCUMENT_TOKEN_TO_BE_REPLACED

The First: The level of the one who is negligent and wrongs his soul: He is the one who falls short in performing wudhoo (ablution) properly, performing the prayer upon its time and within its specified limits, and in fulfilling its essential pillars.

The Second: The one who guards his prayers upon their proper times and within their specified limits, fulfils their essential pillars and performs his wudhoo with care. However, his striving (in achieving the above) is wasted due whisperings in his prayer so he is taken away by thoughts and ideas. END_OF_DOCUMENT_TOKEN_TO_BE_REPLACED