A wise and saintly rich man, sensing his approaching death, called his son to his side and gave him these instructions: “My son, I shall be leaving you very shortly. On the day when I die, and they have washed my body and come to wrap it in the shroud, I want you to put one of my socks on my foot. This is my final request of you.”

Soon after this, the old man did indeed die, leaving behind his goods and property, his children and his dependents. Family, friends, acquaintances and neighbours attended his funeral.

The body had been washed and was almost completely wrapped in the shroud, when the son remembered his father’s wish. Finding one of his old socks, he handed it to the washer of the dead, saying, “In accordance with my father’s last request, please put this sock on his foot.”

“That is quite impossible:’ Said the man. “Such a thing is utterly impermissible in Islam. I cannot act against the Shariah.” Despite this valid objection, the son insisted, “That was my father’s final request; it must certainly be carried out.”

The washer of the dead was unmoved. “If you won’t take my word for it,” he said, “go and ask the mufti. He will confirm what I tell you, that it is not permissible.” Holding up the funeral, they consulted the mufti, preachers and scholars, all of whom declared that this was not permissible in Islam.

Just then, an aged friend of the deceased interrupted the debate with these words to the son: “My boy, your late father entrusted me with a letter which I was to hand over to you after his departure. Here, this letter belongs to you.” So saying, he gave him an envelope. Taken by surprise, the boy opened the envelope and read out the contents of his father’s letter.

“My son, all this wealth and property I have left to you. Now you see: at the last moment, they won’t even let you give me an old sock to wear. When you yourself come one day to be in my condition they will also refuse to let you keep anything but your shroud.

Eight yards of shroud are all you will be able to carry over from this fleeting world into the Hereafter. So pull yourself together and be prepared. Spend the fortune I have left you, not for the satisfaction of vain desires, but in ways pleasing to Allah, that you may achieve honour in both worlds.”

This site uses Akismet to reduce spam. Learn how your comment data is processed. 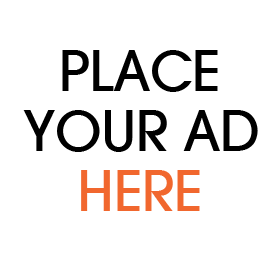